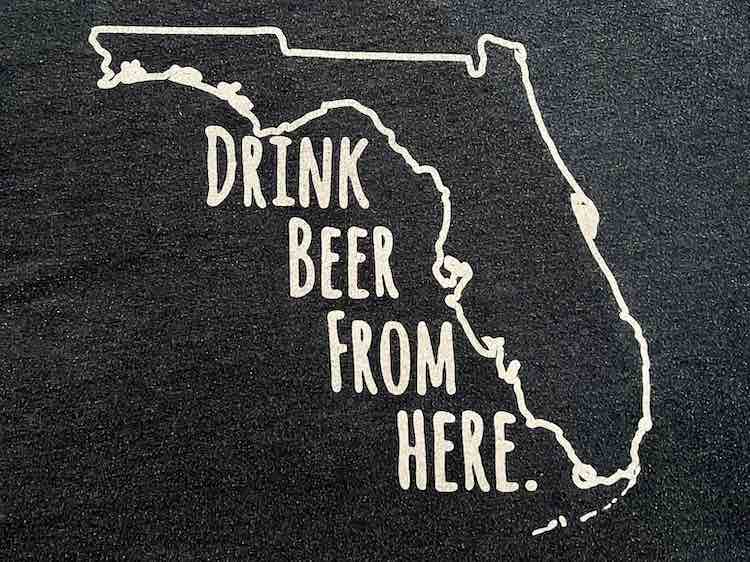 For suggestions of things to do in the Conch Republic see 8 Great Spots to Visit in the Florida Keys.

Naples Beach Brewing was the first craft brewery to open between Sarasota and Miami (in October 2012). Will Lawson, the Naples Beach brewer and owner/founder, honed his brewing skills in Munich and says their Line Dropper (with mango and ginger) put them on the map. I love the creative fruit flavors at this Naples FL brewery. Look for food trucks here Wed-Sun to accompany their two dozen taps.

The origin of Bone Hook Brewing was producing beer for Phelan Group—owner of the Pinchers restaurant chain and other properties. Bone Hook Brewing is now a large scale restaurant and the owner described it to me as “a brewery with a restaurant rather than an eatery with beer.” Located on Immokalee Rd, Bone Hook is only 2.5 miles from one of our favorite US Gulf Coast Sunset Spots (Delnor-Wiggins Pass State Park).

Fat Point Brewing has been quenching the cravings of Southwest Florida craft beer lovers since the day after Christmas 2012. With a rotating inventory of small batch, hand crafted brews, Fat Point Brewing always has eclectic and standard flavors to satisfy all.

For more local suggestions see 15 Fun Things to Do in Punta Gorda Florida.

The luscious outdoor patio of Motorworks Brewing is dominated by the above phenomenal live oak tree. This is one of my favorite outdoor seating areas on the US Gulf Coast. And probably my favorite that is not waterfront. If that is not enough, Motorworks craft beer is fantastic. They were awarded two golds and the #3 brewery at the US Open Beer Championship. Their spicy and Belgian varieties are personal favorites.

First, I gotta say that 3 Keys Brewing has one of the best beer flight board design I have ever seen. But they also have great Florida Gulf Coast craft beer. With 18 beer taps, they have a fantastic variety of darks, lights, sours, IPAs, and seasonal varieties. And 3 Keys has a full kitchen so be sure to stop for lunch or dinner.

For more local information see Cool Things to Do in Anna Maria Island Florida.
Motoroworks and 3 Keys are fantastic stops on a day trip from Tampa to AMI.

One of Florida’s oldest and premier craft breweries, Cigar City Brewing has been producing delicious brews since 2009. Sample a large collection of flagship and specialty brews at the West Tampa location. Find high volume brews in the growler bar up front and more than 20 taps in the back bar—serving everything from the popular Jai Alai IPA to the high-end Bamburana Double-Aged Stout. Brewery tours and Cigar City gear are also popular with craft beer fans.

Text contributed by Julie McCool from Fun in Fairfax VA.